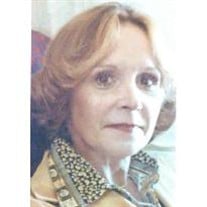 Hawkinsville- Nancy Bailey Coleman, 80, died Sunday, January 9, 2011 at Taylor Regional Hospital in Hawkinsville following a brief illness. She leaves her husband of 58 years, William Edwin “Ted” Coleman, Sr., M. D.; two children, William Edwin Coleman, Jr., M. D. and Candee Coleman Wilson; daughter-in-law, Diane Floyd Coleman, son-in-law, Steve E. Wilson; three grandchildren of whom she was devoted and loved deeply; Libby Coleman, James Wilson and Wil Wilson. Born and raised in Richmond, Indiana, the daughter of Trammel Hill and Sydney Crocker Bailey, Mrs. Coleman graduated high school from The Academy of the Holy Name in Tampa, Florida. She was a registered nurse having received her training at Reid Memorial Hospital School of Nursing in Richmond. The family moved to Macon, Georgia in 1951 where she met her husband, Dr. William E. Coleman who was a physician on the medical staff of the Macon Hospital. They were married in Macon in 1952 and moved to Hawkinsville, Georgia in 1953. Mrs. Coleman assisted her husband in the early years of his medical practice in Hawkinsville. For many years, Mrs. Coleman was very active in programs at the First United Methodist Church. Prior to her health decline, she was an accomplished cook, enjoyed gardening and was an avid reader. A funeral service will be held at the First United Methodist Church in Hawkinsville on Wednesday, January 12, 2011 at 11 a. m. with the Reverend John Walker officiating with interment following the service at Orange Hill Cemetery. Visitation will be at Clark Funeral Home on Tuesday, January 11, 2011 from 5-7 p.m. Pallbearers are: Max Alligood, David Johnson, Donald Johnson, Cary Smith, Mike Smith, Dennis Vickers, James Wilson and Wil Wilson. Honorary pallbearers will be the Rotary Club of Hawkinsville. Clark Funeral Home in Hawkinsville is in charge of arrangements. In lieu of flowers, the family requests donations be made to the First United Methodist Church in Hawkinsville.

The family of Nancy Bailey Coleman created this Life Tributes page to make it easy to share your memories.