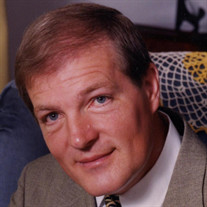 Gary Henry Black, 68, of Hawkinsville, Ga. Passed away after an extended illness on Sunday, May 24, 2020 at Pinewood Manor in Hawkinsville. A Graveside Funeral Service following CDC and Federal Regulations will be held at Pulaski/Bleckley Memorial Gardens on Friday May 29, 2020 at 11:00 am with Rev. Dr. Don McClung officiating. Gary was born on August 9, 1951 on a farm in Milton, Iowa to the late Billy & Rozena Black. He was a graduate of Eureka High School in Eureka, Kansas. He traveled extensively with the family business of harness horse racing, in his father’s stable and as a tack shop owner. He settled in Hawkinsville in 1981. Gary retired from the City of Hawkinsville Water and Gas Department after 25 years. He was an avid gardener that took tremendous pride in his yard, flower beds and roses. He cherished time spent with his wife, children and extended family. He was a member of the First Baptist Church in Hawkinsville. In addition to his parents, he was preceded in death by his brother, John Black. Survivors include his wife, Rhonda Black; daughters, Donnell Black of Windsor, Ontario; Angie (Nik) Jett of Perry; and Laura Black of Hawkinsville; sons, Bret (Crystal) Black and Nicholas Black, both of Hawkinsville; brothers, Robert Black of Marion, Indiana; Michael Black of Gibsonburg, Ohio; sisters, Linda Thaxton of Northfield, Ohio; Mary Dudzik of Sandwich, Illinois; Candy Hostetler of Lake City, Florida and Billie Jo Icenhour of Macon, Ga.; grandchildren, Felipe Black, Stephen Jett, Cleta Black, Kendra Jett, Matthew Black and Brady Fralic; father and mother-in-law, Charles and Charlene Douglas; along with many nieces and nephews.

Gary Henry Black, 68, of Hawkinsville, Ga. Passed away after an extended illness on Sunday, May 24, 2020 at Pinewood Manor in Hawkinsville. A Graveside Funeral Service following CDC and Federal Regulations will be held at Pulaski/Bleckley... View Obituary & Service Information

The family of Mr. Gary Henry Black created this Life Tributes page to make it easy to share your memories.

Gary Henry Black, 68, of Hawkinsville, Ga. Passed away after...