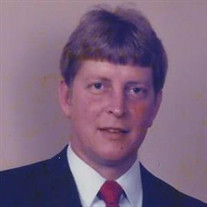 Robert T. Pope, 72, of Hawkinsville, GA passed June 4, 2019 after a valiant battle with t-cell lymphoma. A memorial service with military honors for family and friends will be held at the rotunda at Andersonville National Cemetery on June 14, 2019 at 12 noon. Clark Funeral Home has charge of services. Bob was born April 17, 1947, in Macon, GA and was of the Baptist faith. He was a member of the class of 1965 at Hawkinsville High School. After graduating from the University of Tennessee in 1970 with a degree in Industrial Engineering, Bob joined the U.S. Navy. He earned his wings and proudly served as a Naval Aviator, with the rank of Lieutenant, until 1976. Upon returning home, he worked beside his father, Bill Pope, at Farmer's Supply Service, the family's agri-business. Bob earned a Master of Science Degree from Georgia Southwestern in 1999, joined SunMark Community Bank as Systems Administrator and retired from there in 2011. Over the years, with his wife, Genelle, Bob enjoyed travel and a variety of exciting activities and adventures. He had a love for history and learning. Bob was proceded in death by his parents William D. “Bill” and Marilyn B. Pope; uncle, Col. James Pope; and aunt, Eleanor Pope. Survivors include his wife of 40 years, Genelle “Puns” Lawler Pope; 17-year old rat terrier, Rocky; sister, Sally (Mike) Pohler of Tallahassee, FL; brother, Billy (Valerie) Pope of Shawnee , OK; aunts Annette Pope Smith and Martha Pope Hunnicut, both of Macon, GA.; sisters-in-law Trish (John) Jones of Ray City, GA and Linda (Gary) Clark of Lakeland, FL; brother-in-law, Terry (Gail) Lawler of Greensboro, GA, several nieces and nephews, and family friend Sandy Richardson. Bob will most be remembered for his charisma and wit. His family sincerely appreciates Dr. Amelia A. Langston, her team, and the staff of Emory University Hospital. In lieu of flowers, donations can be made to the Leukemia & Lymphoma Society (lls.org), your special charity, or Donald J. Trump 2020 (donaldjtrump.com).

Robert T. Pope, 72, of Hawkinsville, GA passed June 4, 2019 after a valiant battle with t-cell lymphoma. A memorial service with military honors for family and friends will be held at the rotunda at Andersonville National Cemetery on June 14,... View Obituary & Service Information

The family of Mr. Robert T. Pope created this Life Tributes page to make it easy to share your memories.