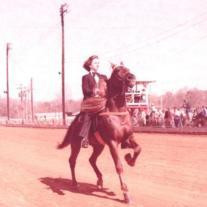 John Christopher Hardin died at his residence in Hawkinsville on Friday, September 21, 2012. He was 48. He was born June 18, 1964. A memorial service to celebrate the life of Chris will be held at the First Baptist Church of Hawkinsville on Monday, September 24, at 11 a.m. with Rev. Dr. Gary Abbott and Dr. Don McClung officiating. Chris is the son of Harris Hardin and the late Barbara Ryals Hardin. He was preceded in death by his grandparents, Christine and John B. Ryals, Hazel Brown and Al and Muriel Hardin. Chris grew up in Hawkinsville and graduated from Hawkinsville High School in 1981. Chris, an outstanding athlete, loved playing football from the young age of 5 and through his senior year of high school. Chris also adored his horses. He participated in countless horse racing events from barrel racing his horse “Shorty Leo” to showing his Tennessee Walking Horse “Fireball’s Delight”, winning the state championships in North Carolina, South Carolina, Georgia, and Mississippi. Chris attended Abraham Baldwin Agricultural College before enrolling in the National Guard Program where he received the platoon leadership award for his regiment. After completing his duty, he returned to Hawkinsville and opened Chris Motors in 1983. Later, Chris was the administrator of Blakely Retirement Center for many years. In 1999, Chris was injured in a horrific car accident in which he almost lost his life. After many surgeries and rehabilitation, Chris was able to return to Hawkinsville, living independently for the last 13 years. With his positive outlook on all adversities, he had a fulfilling life. He enjoyed music, cooking, photography, computers, traveling and being with his family. Chris’ gentle, sweet spirit, his humor, his big heart and his beautiful smile will be missed by all who knew him. His unbelievable memory of birthdays and special occasions, which he always made special, will forever be remembered by his family and friends. Chris is survived by his father, Harris Hardin; his sister, Jill Hardin; sister and brother-in-law, Joni and Randy Coody, his nephews, Ivy, Chandler, and Hugh Duggan, Brince and Asa Coody, his nieces, Gracie Duggan, Abbye Coody and Maggie Coody Griffin. In lieu of flowers, memorials can be made to the First Baptist Church of Hawkinsville Renovation Fund. The family would also like to express their gratitude to Betty Ann Fountain, James Edwards, Susie Kendrick, MaryAnn Coley, Amelia Hardrick and the Horseshoe family. A visitation will be held at the Hardin home on Sunday afternoon from 4 p.m. to 6 p.m.. Clark Funeral Home of Hawkinsville, Ga. is in charge of the arrangements. Please sign the online register at www.clarkfuneralhawkinsville.com.

John Christopher Hardin died at his residence in Hawkinsville on Friday, September 21, 2012. He was 48. He was born June 18, 1964. A memorial service to celebrate the life of Chris will be held at the First Baptist Church of Hawkinsville... View Obituary & Service Information

The family of John Christopher Hardin created this Life Tributes page to make it easy to share your memories.

John Christopher Hardin died at his residence in Hawkinsville...